Get fresh music recommendations delivered to your inbox every Friday.

The Music of Carthaginians and Romans 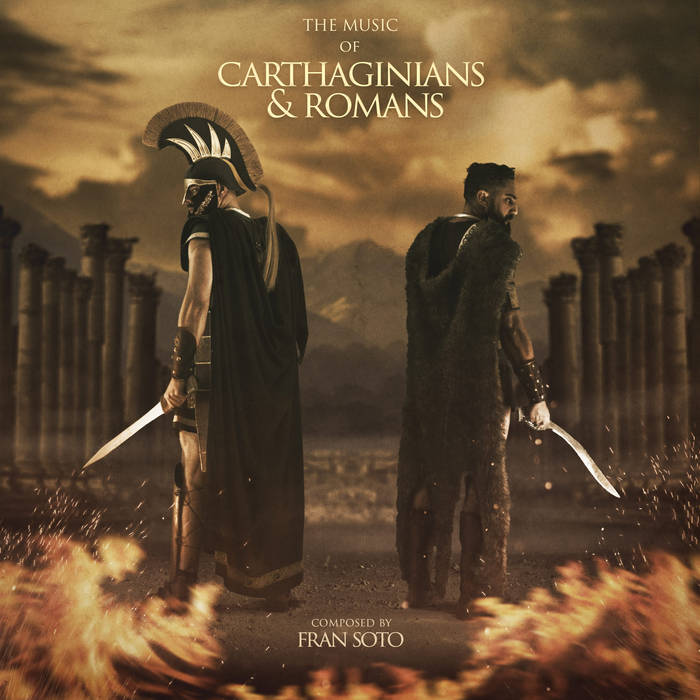 Dhanyel1911 Fran Soto did a magnificent job. The old school style make this album different from others. Every single track is unique and have a story to told. I had a mix of different sensations when I heard this album in the first time The feeling in this album is so epic and make me travel trough my immagination, exploring new worlds and discovering the unknow.
I could say more, but feel for yourself.

I made this EP with lots of love and effort, because it was going to be part of my Town's main Festivity. And it was very important for me because it was the very first time this festivity was getting original music as soundtrack in its 30 years of existence.

I wanted to thank all the people involved in this project, my family and friends and I really hope you enjoy it.

Just to put you in place:

Cartagena is located on the Mediterranean in the southeast of Spain.
When arriving you soon see that you’ve come to a place that has seen its fair share of battles, conquests and different civilizations over more than 2000 years.
You first notice the massive rampart which runs along a good part of the port and nearly encircles the old part of town.

Built by King Charles III in around 1728 when Cartagena became the headquarters of the Arsenal and Spanish marine department.
It´s the last of many fortifications to protect the city’s natural and strategically important harbor. That was the main reason why Romans, Vandals, Visigoths, Byzantines and Arabs were so eager to rule over the city.

Founded in 227 B.C. by the Carthaginian Hasdrubal the Fair, Cartagena lived its heyday during the Roman Empire. It was Scipio Africanus who in 209 B.C. conquered the city and the port and renamed it Carthago Nova. He managed to do so by assault and the battle is one of several which comprise the 2nd Punic War.

You can learn more about this Festivity here (in spanish):

I never expected to be creating music for a living. But here I am; I don't know how... it worked.

I do "Epic Music" or emotional neo-orchestral music and I try to do music for movie Trailers.

Bandcamp Daily  your guide to the world of Bandcamp